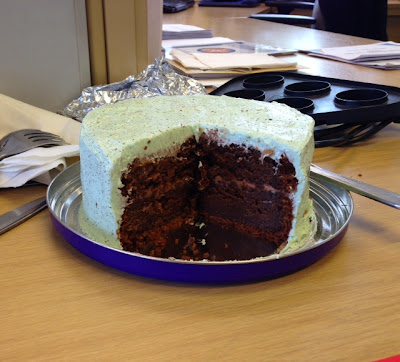 It was my birthday recently and i like to make a cake for the folks at work each year. This year i decided to combine a few techniques i'd been wanting to try out. The folks at work never mind being my guinesa pigs!

So i started with my go to chocolate cake recipe by Nigella Lawson -its brilliant you must try it.
And added nutella butter cream as the filling. When i saw nutella buttercream on pinterest i couldnt believe id never though of it before - such a brilliant idea! 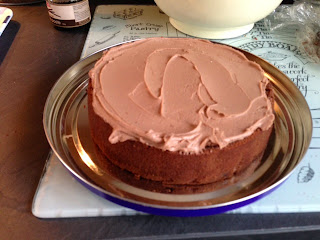 I also used the nutella butter cream as the crumb coat. Id never crumb coated before but as my icing was going to be pale and my cake was dark i thought it would be a good idea. 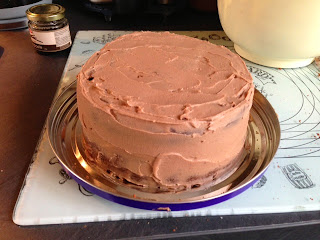 I let that chill for a couple of hours and then i made my whipped butter cream topping. I find butter cream too heavy and quite sickly so i was very pleased to find this whipped butter cream recipe from Can you Stay for Dinner. It really is a winner, almost mousse like in texture, so much lighter than regular buttercream and nowhere near as sickly.
So i covered my cake with the delicious topping, coloured a pale blue in anticipation of the next step. 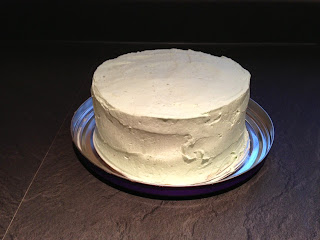 I fell in love with this speckled egg cake from The Cake Blog the minute i saw it and have been dying to make one for ages. So i gently speckled the cake with cocoa and water and this was the result. The picture genuinely doesnt do it justice. It was so pretty, even with my slightly dodgy cake decorating skills! I would definitely make the icing darker next time, i was worried about it looking too fake but i should have gone the whole hog and made it blue instead of pale blue! 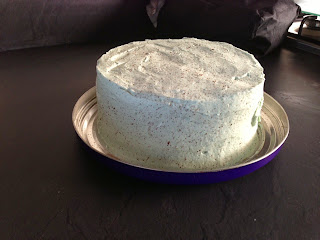 Everyone at work loved it and it all got eaten - the biggest compliment of all! 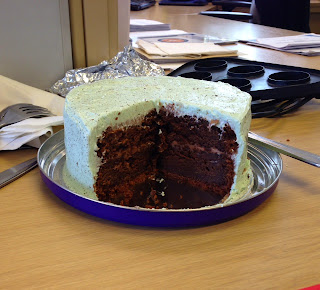