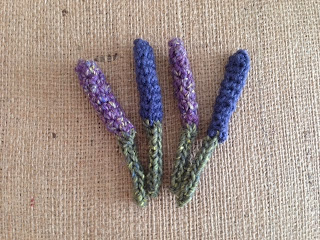 I was going to have traditional button holes but the cost of them freaked me out a bit so i decided to make my own. After after not really finding anything flower based that i liked and that i could do myself, but loving this knitted lavender buttonhole, i decided that was the way to go. Ive yet to decide on the final look of the buttonholes but i wanted to get started on the lavender flowers asap.

So I found this cute lavender pattern but then managed to lose one of my set of dp needles and was so miffed about that that i refused to buy a new set (childish but true!). So i decided to try my own pattern but crochet them and this is what i ended up with
NB you need to know how to crochet i cord, this video is brilliant 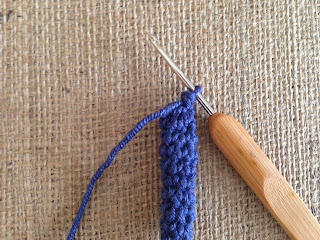 Your now going to swap to stalk coloured wool and swap from crocheting in the round to crocheting icord
NB. If you're able to crochet 3 stitches in the round them feel free to continue with that method but that's far too fiddly for me and i have to do icord
For icord you need to have 3 stitches on your hook, rather than the usual 1. So we're going to decrease the round from 6 stitches to 3 but leave all 3 on the hook

Continue in the round but with stalk coloured wool
Rnd 10: 2dctog 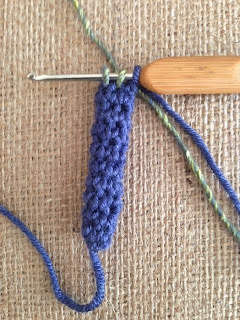 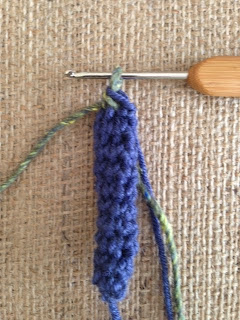 Rnd 10 cont. 2dctog but only pull through 2 loops 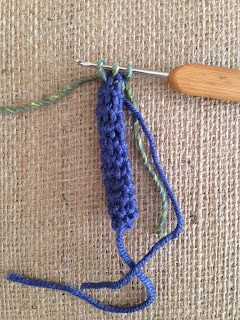 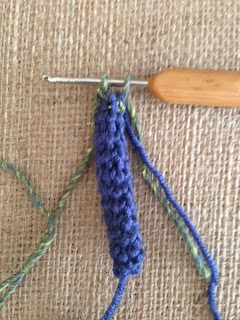 Rand 10 cont: 2dctog but only pull through 2 loops 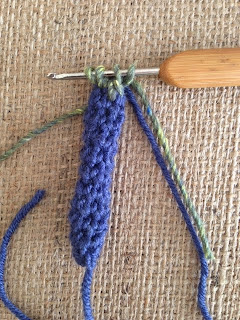 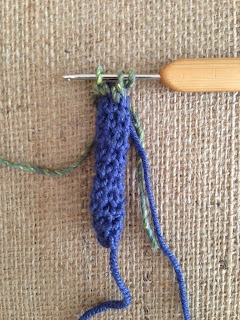 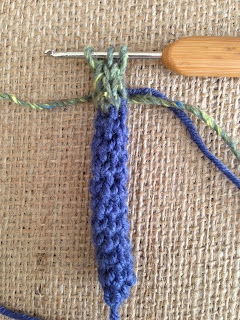 To make the stalk a bit harder im experimenting with pipe cleaners and lollipop sticks! 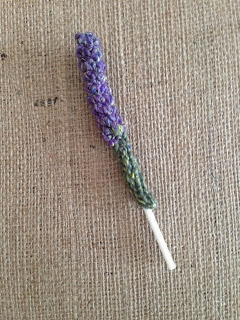 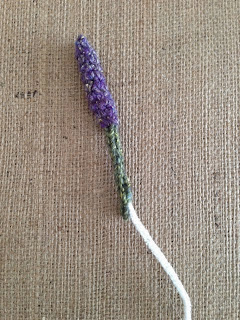