We've got tenants moving into out house soon and i wanted to make sure they knew which car parking space was theirs. I figured the easiest way would be to paint the house number on the back wall. Im not very good freehand so i thought spray paint and a stencil may be the safer option! 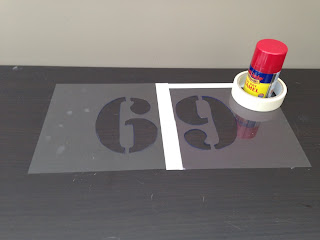 I just printed out our numbers on to paper, traced them onto transparency paper (i just used some over-head projector paper i had lying around) and then cut the numbers out 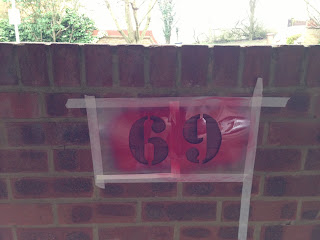 I taped the stencil to the wall and sprayed with paint. I only had red, white would probably be better but i didnt want to buy a can specially. 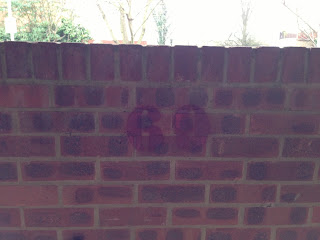 Its probably a bit darker than i would have liked but since im not sure if i was even allowed to do this then its probably a good thing its not too obvious!
You could use this on anything though, its a cute way to personalise stuff.